Another nice picture from Nic Cairns – a family of Mute Swans (Cygnus olor) on the River Leen, near Basford Church : 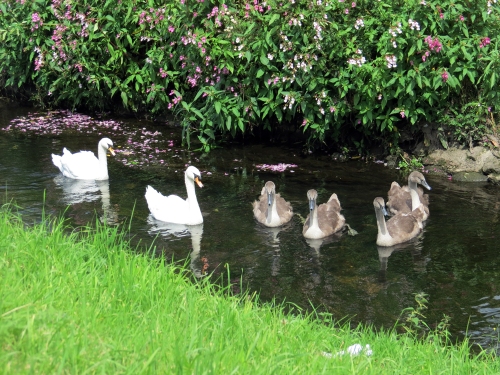 Thanks, as ever, to Nic for his photo.

A Peacock in the fridge…

It’s not uncommon to find butterflies in the house at this time of year, like this slightly bedraggled Peacock (Aglais io)…… 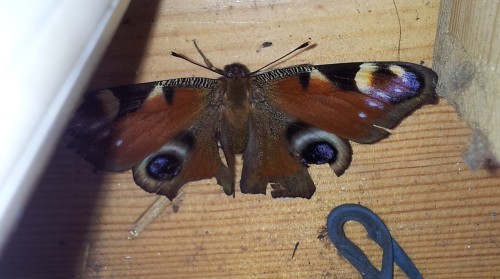 The Peacock is one of a few British butterflies that will overwinter as a dormant adult, often choosing sheds or outbuildings to shelter until the warmer weather comes.  They may find their way into houses in autumn, where they will be shaken out of dormancy when the heating is turned on – this is what has happened to this individual.  Unfortunately, this ‘false spring’ will exhaust the butterfly, and it is likely to die once awakened, with no nectar to sustain it and freezing temperatures outside.

The best thing to do with such a butterfly is to put it in a cool, safe place where it can sit out the winter.  We put this peacock in a container in the fridge to allow it to quickly re-enter dormancy; after a while cooling down next to the margarine, it was dormant and ready to be carefully placed in a garden shed.  With luck, this one will survive the winter and be ready to emerge in the warmth of the spring. END_OF_DOCUMENT_TOKEN_TO_BE_REPLACED

I recently saw a good example of the Spring Crocus, Crocus vernus, in the garden of a house in New Basford : 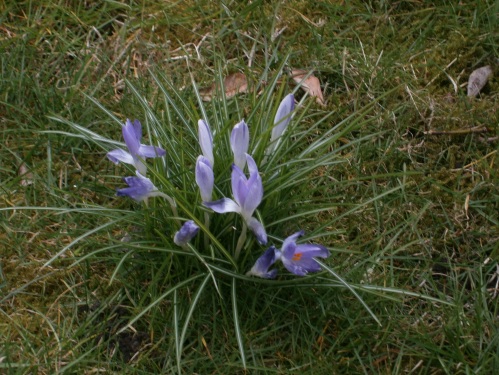 Crocuses are a familiar sight in parks and gardens at this time of year, but these particular plants have an interesting history.  They were planted as a gift from a neighbour, whose own garden was full of them; they had originally been planted in her garden many decades previously by her son, who rescued them from a meadow near the Trent when it was destroyed for development.

This is a plant of local significance.  Although Crocus vernus is not native to the UK, it is considered an ancient introduction, having been naturalised around Nottingham since the 15th Century.  The plant (native to the Balkans) was introduced in the medieval period for medicinal uses, and was thus associated with monasteries – in Nottingham it is believed to have originated from Lenton Priory.

Its origin in Nottingham may be uncertain, but it certainly prospered here; Trentside meadows used to be well-known for their extensive drifts of the flowers.   Sadly most of these meadow sites have been built on, and the flower occurs on a much reduced scale in the wild here now.  Nottingham Spring Crocus is now the subject of a Species Action Plan by the Notts Biodiversity Action Group.

These plants are a direct link to an intriguing piece of Nottingham’s botanical history; let’s hope the species can start to prosper again and reclaim its important place in the local landscape.